Who needs an osteologist? (Installment 40)

Today's contribution was sent in by long-time reader Kori Filipek-Ogden, a bioarchaeologist at Durham University and Director of the Transylvania Bioarchaeology Project. She sent me this picture from Corvin Castle, which is apparently one of the seven wonders of Romania.  But even though it's one of the largest castles in Europe, it still needs an osteologist: 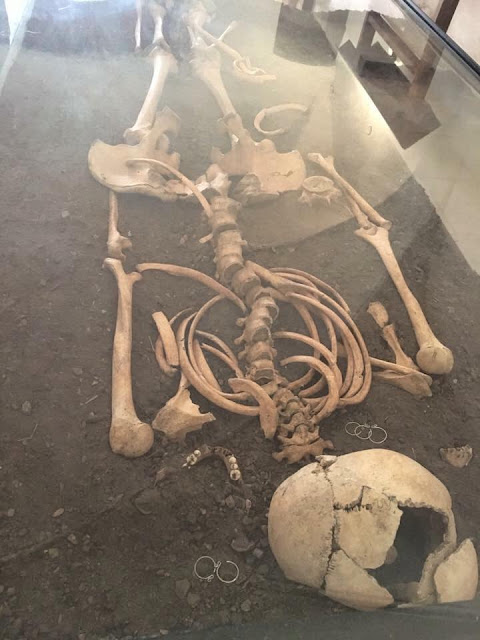 Whoopsies on those humeri.  At least, my elbows don't bend that way.  Odd too, since they took pains to cross the radius and ulna, as they would be if the hands were folded on the belly.  I'm also not convinced the right scapula is a right scapula, but it's hard to tell from the photo, especially since the scapulae are broken.  Kori, for her part, was "impressed" with the glue job on the skull.

---
Previous Installments of Who needs an osteologist?

Unknown said…
If the persom who sends this photo to you would have also sent rje photo of the skeleton in situ (photo existing in the exhibition), maybe (just maybe) you would have realised that this is a disturbed skeleton. We reconstructed the skeleton in the situation where it was found in the tomb. Guess it was too boring to actually look at the documentation (again, it exisits in the exhibition).
31 July, 2016 15:49