Who needs an osteologist? (Installment 17)

While this discovery is very cool -- embryotomy, or the surgical removal of a fetus, dating to more than a century ago -- both LiveScience and the University Museum in Chieti-Pescara need an osteologist:  Mummified Fetus Reveals Ancient Surgical Procedure / Mummified Fetus Discovered in Italy (Photos).

First, the LiveScience reporter writes about an "ancient" (is 1840 "ancient"?) "surgical procedure" performed on a fetus (embryotomy, I'd argue, is a surgical procedure performed on a pregnant woman, although I suppose it directly affects the fetus).  She also writes that the researchers "were not able to establish the sex of the fetus, as they could not determine the morphology of its pelvic and jaw bones, which scientists use to identify sexual characteristics of skeletons."  What's needed in that sentence?  The word "adult," at the very least.  There is simply no way other than DNA to tell the sex of a fetus or of most subadults (up until the age of 14 or so, boys and girls are not very sexually dimorphic).

Anywho.  What got me was this photo.  I physically cringed when I scrolled down to it: 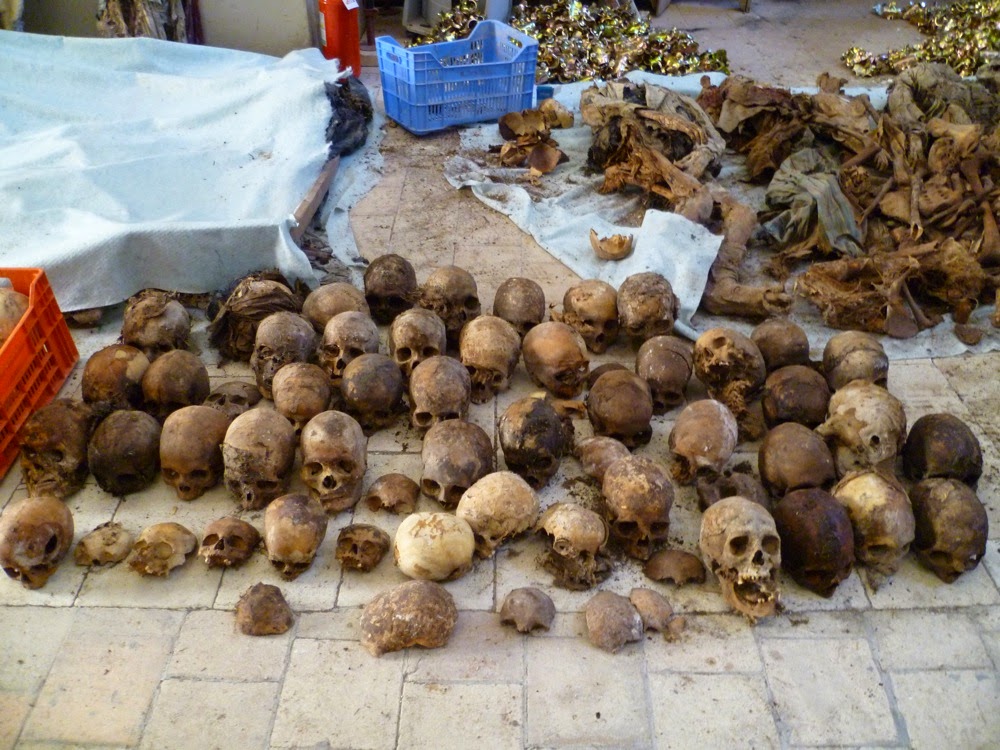 Aaaaaahhh, why are the heads separate from the bodies?  Even if they were found that way, why are the heads being displayed in a giant group like this?  Is that a giant sheet full of mummy bits in the upper righthand corner?  Jeez, this seems like a tasteless photo.

The fact that the fetus was buried is really interesting to me, though.  It makes it more likely the fetus was dead, or either the fetus or the mother was in distress, than that it was a late-term abortion.  Cool find, bad reporting.

Previous Installments of Who needs an osteologist?