Here's what I wrote over at Forbes in the month of March: 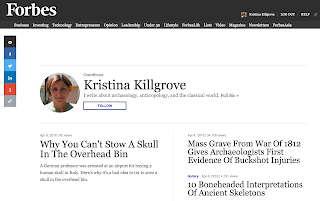