This fortnight at Forbes: Icelandic and Viking families, sacrificed babies at Teotihuacan, and DNA from the 'Chinese Pompeii'

Just four posts from me over the last two weeks, as I was on vacation in Iceland and am now gearing up for classes to start.  Syllabi don't write themselves!

Before the links, though, I wanted to mention a couple things: 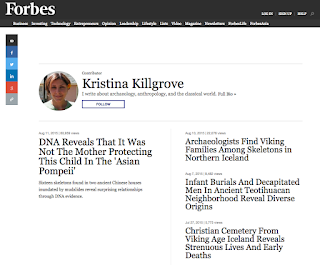 Without further ado, here are your fortnightly links...
Next week... no one expects the Spanish Inquisition!