This week at Forbes: Scurvy at Trump SoHo, Pot Polish in Canada, and Pegasi in Cloudsdale

This is what I wrote this week on my blog at Forbes: 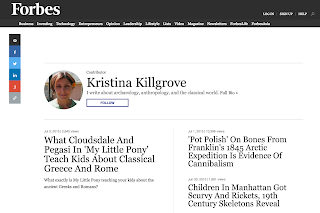 Upcoming: later today, a post on an historical mass grave, and later this week, posts on structural violence and maybe one on revenants (vampires! zombies!) if I get around to it.