The post title lies somewhat: these are links over the last two weeks, not one.  I've been slacking off of blogging in order to finish up three articles and work on the book.  So here's what was on offer on my Forbes blog over the last fortnight: 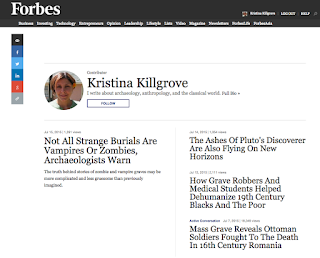 Coming up next week: some mtDNA stuff from China, and if I get a response from the author, really cool palaeopathology from Armenia.  Clearly, I'm trying to expand my geographical coverage.... Africa and Australia, I'm coming for you next!