It was yet again a slow month in Roman bioarch news, so here's the month of December to kick off your new year...

For more news stories on bones in the new year, please follow Powered by Osteons on Facebook.  I post all skeleton-related news stories I find there, not just Roman ones, along with cartoons and other fun things.  Plus, there's a growing number of people commenting smartly on the posts, so come join us on Facebook!  I hope you all had... 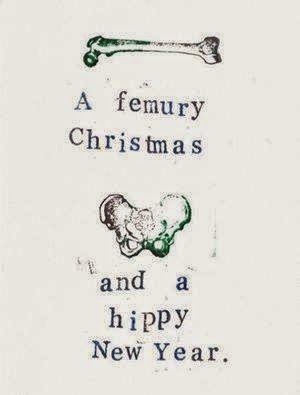