Ever wonder if you could get an implant of an ancient Roman tooth?

... because I spent hours thinking about this the other morning.  Fortunately, I met a dentist-turned-classicist and learned some random stuff.

First up: Theoretically, could you implant an ancient Roman tooth in your jaw... you know, to screw with future bioarchaeologists?  According to the dentist (who shall remain nameless, because I don't need to drag him into my crazy) -- yes.  But the root would need to be coated in titanium.  And even then, the body would still probably reject it.  He said that there have been attempts to implant a person's own tooth (that was knocked out, for example), and it hasn't worked well.  The person often develops a gross, festering ulcer that doesn't heal.  In terms of the technology, though, a dentist could attempt to implant an ancient Roman tooth into a modern person's mouth.  So, you know... #yolo.

And second: I asked if mandibular and maxillary tori run in families.  But apparently they're super common. Dentists often have to break your jawbone to fit you with dentures, if you have one of these tori.  I also got a detailed explanation of how to break the bone and remove it to fit dentures.  Coming so soon on the heels of my root canal... I shuddered. 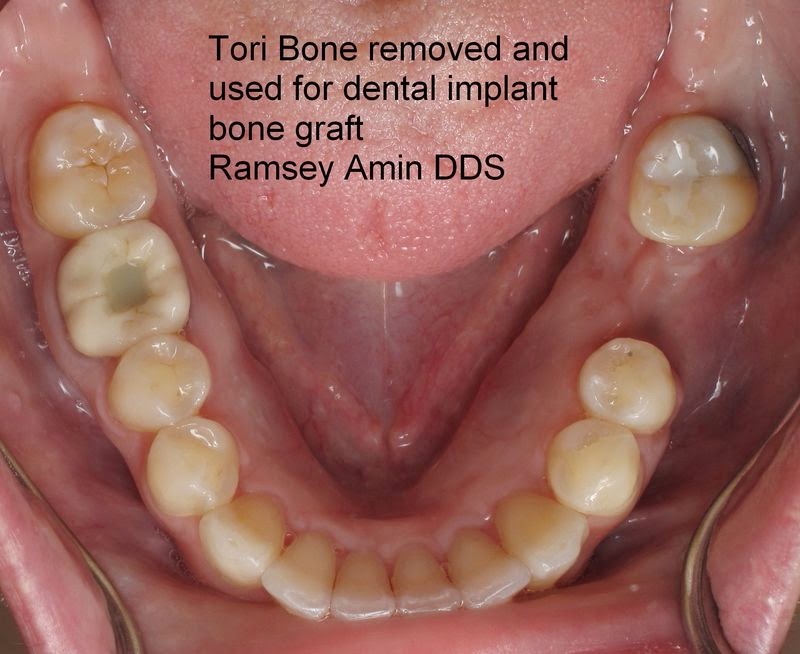 If any of you all have random questions related to ancient teeth, let me know.  I am trying to up the ante, but I don't know if I can top the ancient implant question.