This carnival is a wee bit late owing to Thanksgiving and, well, my forgetful mama-brain.  But here are your links from November...


In the News Again 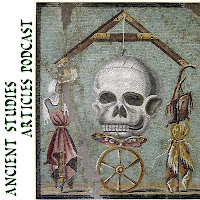