In the past month, two neat projects have been started by freelance science communicators in an effort to change the public's perception of science and scientists.

#IAmScience was started by Kevin Zelnio, whose goal was to let scientists explain their personal journey into the subject.  In his original post, Kevin shared the experiences that initially sidelined his pursuit of science and drew on a recent talk at Science Online (which I swear I will go to one of these years).  The hashtag #IAmScience lets tweeters share their stories in 140 characters or fewer; here's mine.  Or you can email him with a longer story, which will appear on the I Am Science tumblr.

This Is What a Scientist Looks Like was started by Allie Wilkinson, whose goal was to change the idea that scientists are all bespectacled, grey-bearded men in white lab coats.  For Valentine's Day, Allie also solicited "Dear Science" love letters, which are all very meet-cute.  Allie's site was picked up by Scientific American today ("What a Scientist Looks Like"), and I was excited to lend her the photograph of me and a little blurb about my love for science.

Only half a dozen of us have contributed to Allie's site, so currently This Is What an Anthropologist Looks Like: 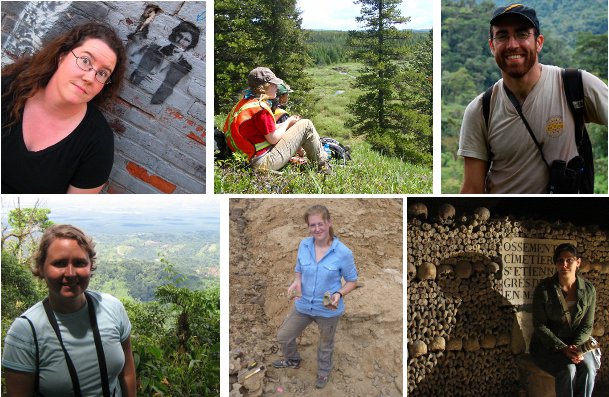 Both Kevin's and Allie's projects are great ways for anthropologists to contribute to fixing the public's perception of science and scientists.  So if you haven't already tweeted about #IAmScience, go do it.  And if you haven't sent in a picture to This Is What a Scientist Looks Like, go do it.  Let's anthropo-morphize science and show the many cool things we do!