Who needs an osteologist? (Installment 18)

A new "vampire" grave was just announced this week in Bulgaria.  But I'm not writing about the interpretation of the way the skeleton was buried, which honestly seems to fit with the current theory that, prior to the understanding of germ theory, many of these "revenant" graves are related to keeping the dead in their place so they don't infect the rest of the population with whatever plague was going around.

No, the picture that accompanies every news story I've seen of the Bulgarian "vampire" is below.  The article in The Telegraph, however, notes the individual was male and 40-50 years old.  See if you can figure out why I don't believe this... 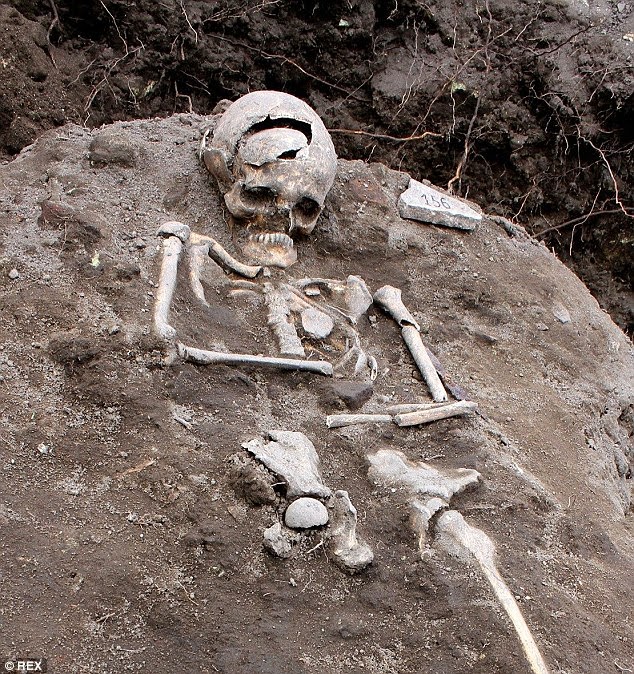 ... do you see the unfused epiphyses of the humeri and femora?  This is the skeleton of an older adolescent or young adult.

At any rate, the Daily Mail has a slew of additional photos, so maybe The Telegraph simply picked whichever picture they thought was most neato-keen and ran with it?  It's unfortunate, since that's the photo that's being carried by the news media when it's clearly not the individual whom the article is about.  *sigh*

-----
Update - 14 October.  Bioarchaeologist Alison Atkin pointed me to this photo of the skeleton in the UK's Mirror, which has a close-up of the... well, it's not a stake through the heart: 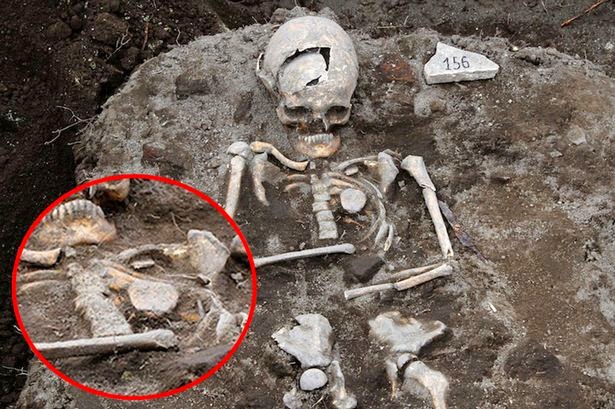 -----
Previous Installments of Who needs an osteologist?

Kristina Killgrove said…
Cool, thanks! I'm very surprised that the Daily Fail is not covering that multiple burial (or intrusive burial) as "Two-Headed Vampire Grave!1!!!!!!!1"
12 October, 2014 14:02