Pretty sleepy in the world of Roman bioarch this December.  Let's see what we have (some of which was from the end of November, oops!)... 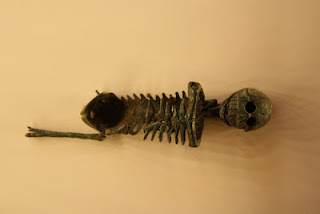 That concludes your Roman bioarchaeology news for 2012.  Join me here each month next year for more!