Why Is Anthropology Needed?

When I was an undergraduate at the University of Virginia, the fake major that everyone joked about was underwater basketweaving.  I suspect there is a similar joke on every college campus, but I was surprised when Rick Scott, the governor of Florida, suggested that anthropology is a woo-woo field.

There's been a quick and passionate response from anthropologists and journalists around the web, including from the American Anthropological Association, Mother Jones, and the University of South Florida's anthropology department.  A great smattering of links can be found on Daniel Lende's blog Neuroanthropology - Dr. Lende is an anthropology professor at USF.

What's coming out of this uproar - other than the realization that Rick Scott continues to show how smarmy and undereducated he is every time he opens his mouth - is that anthropologists are being given another wake-up call to make our field relevant.  Some of us are trying to address the problem of lack of understanding of anthropology as a field by being public anthropologists: active on Twitter, blogging, sharing information on Facebook groups like BioAnthropology News.  But as John Hawks points out in his excellent Anthropologies Project essay "What's wrong with anthropology?" we can do a whole lot more to fix the state of our discipline.

In my introductory anthropology courses, I address the importance of anthropology to today's college students at the beginning and the end of the semester.  First and foremost, the focus of anthropology is on understanding yourself in relation to others.  This may sound pretty simple, but it involves critically thinking about why you do what you do, why others do what they do, and what factors affect these actions: e.g., religion, economy, biology, politics, family structure, gender, ethnicity, etc.  While we tend to deal with individuals in our line of work, we're also interested in the community - the commonalities in experience at various scales.

That's all well and good, you might say, but what skills do students learn in an anthropology course?  Don't they just learn how to throw around adjectivized names like Foucauldian and Marxist?  I tell my students - and then demonstrate as best as possible throughout the semester - that anthropologists do learn several key skills:
Through these approaches, anthropologists want to understand the amazing variation in humankind - past and present - as well as the social and cultural context in which that variation occurred or is occurring.  I think this is a powerful way to approach the world, but students aren't always convinced.  How can anthropology help in the job search?, they ask.

The majority of my undergraduate students, particularly in the large lecture courses, will go into one of three main occupational spheres after graduation: health and medicine (doctors, nurses, genetics research, allied health fields, etc.), business and economics, and teaching (from preschool to PhDs).  Anthropology is useful to all of these fields:

In short, anthropology is useful for anyone whose future job will require them to develop the interpersonal skills to work with the public.  And that includes just about every college graduate today.

I'd also go one step beyond saying that anthropology is imperative for college grads to work in a globalized market: anthropology needs to be brought into high schools.  Many high schools around the country teach courses in psychology and sociology.  Both of these are excellent options, but why not anthropology as well? The analytical and critical thinking skills we teach our students are fundamental to future jobs in many different fields, but it's our bio-cultural focus, our understanding of how we as living beings interact with our natural and cultural world, that sets us apart from psych and soc.  And I think that's well worth teaching our high schoolers.

Let me close with a quotation from one of my favorite authors (and one-time anthropology student), Kurt Vonnegut, whose words - from an interview in 1973 - still ring true in our poor education of youth in anthropology:


I didn't learn until I was in college about all the other cultures, and I should have learned that in the first grade. A first grader should understand that his or her culture isn't a rational invention; that there are thousands of other cultures and they all work pretty well; that all cultures function on faith rather than truth; that there are lots of alternatives to our own society. Cultural relativity is defensible and attractive. It's also a source of hope. It means we don't have to continue this way if we don't like it.

Anthropology is a science, and Rick Scott's insistence that it be set apart from STEM fields shows that he fundamentally misunderstands what we do.  Part of that is our fault, though, and we need to figure out ways to make anthropology more relevant.  We don't have to continue this way if we don't like it.

Unknown said…
Thank you for this. I'm an undergrad, so it's not too late for me to switch to a more lucrative major. I understand, however, the important role that anthropology can play as a bridge between disciplines. To paraphrase John Hawks, never has anthropology had such exposure at such a high level of public office - so why are we disregarded as eclectic "basket-weavers" by politicians? I certainly think that anthropologists share a portion of the blame (for the same reason that science is marginalized: lack of public outreach), and I'm excited to be a part of the next generation of anthropologists that might overthrow that burden.
11 October, 2011 14:48

Kristina Killgrove said…
Thanks for your comment, Dick. Anthropology is fun and exciting and important, but - as with any major - you should think about your eventual job goal. Academic jobs are few and far between, not to mention an anthro PhD takes upwards of 10 years. But I'm all for people majoring in anthropology and transferring those skills to other pursuits and jobs post-graduation. So if you stick with anthropology, remember to talk to your professors and your school's career center to find out what kinds of jobs would love to hire someone trained as a social scientist!
12 October, 2011 09:12

Anonymous said…
Sounds good but your response to Dick about "social scientist" sounds contradictory to your claim that anthro is a science. To promote anthro as a science you should always refer to it as such.
13 October, 2011 03:11

Anonymous said…
I definitely agree with the other anon. Anthropology due to the very nature of anthropology as a field, it bridges too many areas of science(social, bio, physical) to be placed in just a social science category. Additionally, social science is frequently stigmatized and marginalized in both the scientific community as a whole, and the public, so qualifying anthropology's scientific nature by adding the word social not only helps give the impression that is is not as worthy as others sciences and belies the scope and very nature of the field.

Also, cultural relativism is only useful only as a tool for objectivity and is not a viable philosophical approach, namely in ethics. I agree with the rest of the quote, but due to the inability of cultural relativism to function in the realm of ethical and moral philosophy, it should be made clear that is only serves as a tool for objectivity in research, but does provide a lesson in life insofar as it shows that one must be open to differing opinions, ways of life, etc. The reason I mention this is twofold. As an undergrad, I've found that other undergrads who take anthro courses often think that cultural relativism is presented as a consummate philosophy and treat the course as if it were a philosophy course. That is, when it is shown that one culture engages in something, some students use this as a moral justification for the action, often with a statement like "Members of this or that culture do this, so it's not wrong." Many don't understand that anthropology is not a course in philosophy. A similar misunderstanding is echoed by many others in the general population who may or may not have ever taken an anthro course. Most people understand that cultural relativism is not an acceptable or viable general philosophy, especially in ethics, but assume anthropologist live by that philosophy. I've been confronted with this many times in my personal life and do my best to rectify the misconceptions, but I wish the point was made clearer in both the classroom and in dealings with the public. I think this misunderstanding contributes to the public's lack of appreciation for the field's importance and value. All that said, perhaps it is I who is confused and indeed many anthropologists do live by this philosophy, but as I understand it, or at least like to think, that is not the case.
30 October, 2011 22:12

Anonymous said…
Ho hum, ho hum--this is the same lame discussion that has been going on for the last 30 years and the discipline of anthropology still hasn't figured it out. Nothing changes--the only constant is that Anthro Departments are continuing to try to justify their existence. Anthro students have to find their own way and figure it out for themselves since few Anthropology staff have any understanding of the real world.
01 November, 2011 08:32 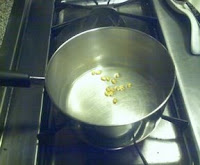