Neandertals on the Runway

I just came across a link via John Hawks's weblog: a challenge to design apparel for "Wilma," a female Neandertal who was on the cover of National Geographic two years ago. Four previous Project Runway designers contributed sketches of clothing for Wilma, and two NG staffers did as well. (This is the original link; the sketches are also reproduced below.)

Here are the PR designs: 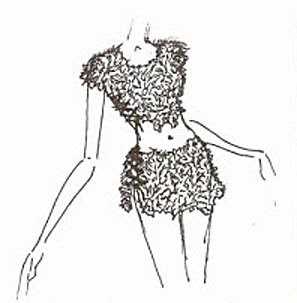 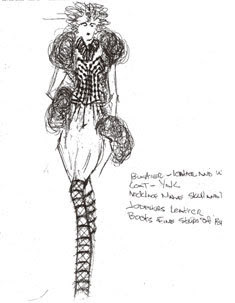 And here are the NG designs: 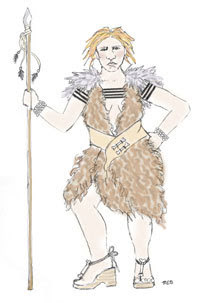 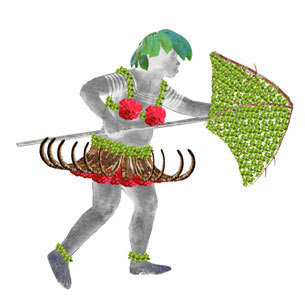 Notice a difference? The NG staffers sketched Wilma as she was - a heavily-muscled, 5-foot-tall hominid. The PR designers sketched waifish models in fancy fur-trimmed clothes, with a lot of Native American influence (except the sketch that inexplicably includes jodhpurs). I don't expect the PR designers to comb through anthropology articles about the materials that Neandertals might have made clothes and accessories out of, but I would at least expect them to draw an actual Neandertal wearing them. (Bonus points go to the second NG design, which shows Wilma engaged in an everyday activity rather than posing all coquettish-woman-contrapposto.)

Of course, if this kind of challenge ever showed up on Project Runway, I'd be beside myself with dorky anthropological excitement.