I have no news to report about the Haunting by Uncle Frank unfortunately, but I am attracting all kinds of strange phenomena this week. This evening, while making dinner, I set aside the spoon I was using to stir a pot of red lentils. When I picked up the spoon again - lo and behold - there was a face on it! It can't be the Virgin Mary, since she often chooses wood upon which to reveal herself. (Heh, wood.) It's not Jesus either, since he seems to show up in white bread, potato chips, and other culinary delights of obese middle Americans. No, it takes a special kind of religious personage to appear in lentils, one who worked tirelessly in an area of the world that consumes lots of them: Saint Teresa, Mother of the Pulses. It's no NunBun, but this series of photos shows the uncanny resemblance to Mother Teresa: 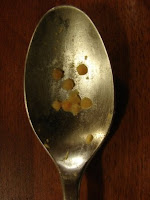 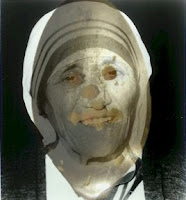 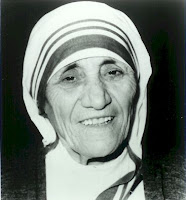 And also photos of me with the miraculous visage. I call the series... From Ecstacy to Tasty! 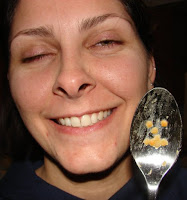 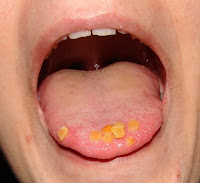