I started walking to and from work recently because travelling 1.5 miles by foot takes nearly the same amount of time as taking the tram. It seems that the amount of tshirt Engrish is inversely proportional to income, as assessed by mode of transportation. I saw few strange shirts on the Metro, a couple strange people on the bus, some weird stuff on the tram, but dozens of questionable fashion choices on people I pass walking to work. The ones I've seen lately have been sports-related - for what reason, I don't know. But here's your first ever all-sports edition of what has to be your favorite blog feature, Engrish Tshirts. I think they're all pretty self-explanatory in their inexplicability... 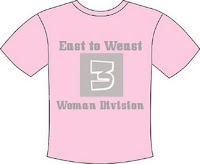 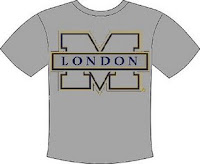 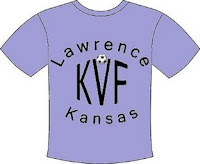 For what it's worth, this first one was the back of a tshirt an Asian woman was wearing walking up the street near my house. "Weast" really should be an English word - definition, anyone? The second one was worn by a 30-something guy walking towards me as I was walking to work. And the third one was worn by an Indian immigrant on the tram. Incidentally, it's for a kids' soccer team - the Kaw Valley Force.

Items that did not make it into today's episode because they were too complicated or too weird:
1) A woman at the flea market this morning was wearing a dashiki made out of fabric printed with the face of John Paul II on it.
2) A spaghetti-strap bright red top with loads of sequins that read, "Juicy American Princess."
3) A guy who was wearing a shirt that said, "Philadelphia 76ers Dunk Zone."
4) A tshirt that I saw on sale at the flea market this morning that read, "I'm a New York. I will finish last."