Welcome back for another round of bioarchaeology news from the Roman world (broadly defined, as always). 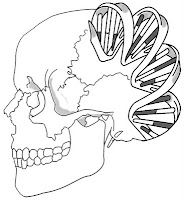